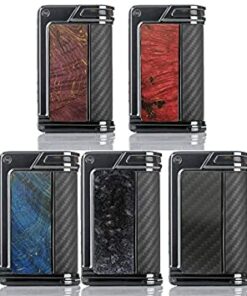 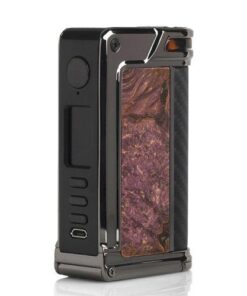 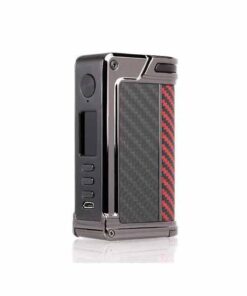 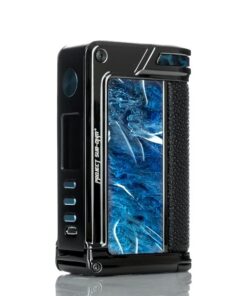 The Lost Vape Paranormal DNA250c is the latest mod from Lost vape, a company who really doesn’t need an introduction. Lost Vape is one of the most popular brands in vaping due to their classy looking designs, well built mods, and the use of the evolv DNA chip which is an excellent chip and a community cult favorite. They launched the original paranormal last year with the DNA250 chip and this is the updated version with evolv’s newest DNA chip the DNA250C. The Paranormal DNA250C is a dual 18650 mod rated at 200 watts (a bump up for DNA chips from their normal 166 watt limit in dual battery mods) and the new replay mode as well.lost vape paranormal dna 250c

It has a upscale classy look and nice weight and quality to it. The new DNA C chip interfaces are much improved over the older non C versions with some new features and i was already familiar with it having reviewed a couple DNA 75C mods already as well. The big new feature here is replay which i’ll go over in a bit that wasn’t out when i did my DNA 75C reviews however you can upgrade the firmware to add it into the 75C chips now. Either way it’s safe to say my expectations were met form the start out of what i expected with this mod which were pretty high.lost vape paranormal dna 250c
Watt Mode Performance (chart and spreadsheet in picture album)

Overall I felt the performance of this mod was really good as expected from a DNA mod. However it’s not the dead on accurate much better than any other mod in power mode people tend to claim it is. Objectively speaking the test results shows it performs on par with other good performing power mode mods, but not any better either.lost vape paranormal dna 250c. I was impressed It didn’t really struggle with the .118 ohm build as I was able to get 198 watts at that resistance, but it’s not the only mod to push almost 200 at that resistance either.

I was able to get 207 watts max, so I consider it to be accurately rated at 200 watts, even a little underrated. It’s understandable as it’s a universal chip not made for just one mod and the max output actually changes based on the battery configuration used. In 2 battery mods like this 200 watts is the max. But with 3 battery mods it’s 250-300 depending on firmware and with 4 batteries listed at 400 watts. So essentially the chip will do 100 watts per cell.lost vape paranormal dna 250c

The 7.679 volt limit shows there is no boost circuit. I’m sure they have it listed somewhere but i couldn’t find a volt limit or amp limit specifically for 2 battery configuration on the chip. The 7.679 i got with a .621 ohm coil was good though. For amps the most i got was 41 with a .118 ohm coil but it was capped off by watts. It’s possible it could have gotten even more but the 41 is right around the average for a dual battery mod and supplying max wattage at such a low resistance means amps will never be an issue. The mod never got warm when stressing it at 150+ watts and handles it very well.

The first is a watt curve mode. While i normally wouldn’t ding a mod for not having it and consider it a pro when a mod does, since the DNA chip is considered one of the best in the market and it seems like such an easy thing for them to add in, i’m surprised it hasn’t since many cheaper priced mods do have watt curve mode these days like geekvape, asmodus, aspire, smoant, voopoo and vaporesso and even the new pulse 80w VV chip. A high end company like evolv should be matching features from cheaper companies if those features make sense.

The 2nd thing i feel is missing is a boost circuit. I do kinda get it since the chip can be used with 4 batteries in mods and deliver 400 watts and likely over 12 volts in that configuration so it wouldn’t be needed, however for a dual mod it makes a lot of sense so it could have been added in and programmed out if used in 3 or 4 battery mods. Especially since not many 3 or 4 battery mods are made these days yet dual mods are made all the time. If you go back to late 2016 no mods had boost circuits for dual battery mods so it made sense that DNA chips didn’t have them (yes i know the single battery ones have them like most single battery mods, i’m talking about the dual battery mods only here).

Now i know this section was long winded, but in short while it’s a great chip for power mode, I don’t consider it the best due to the lack of power curve, lack of boost circuit, and it’s accuracy isn’t any better then other good dual battery mods either so for the extra money you pay for a DNA chip it’s not worth it performance wise to only use a power mode mod as it has no advantages over other good mods in this mode and even has disadvantages.
Simplified TLDR Power Performance summary

Mod performance is really good. Mostly hits just a few watts off on the high side or on point. Accurately rated for watts (207), above average amp limit of 41. Volts tested at 7.679 with a .621 ohm coil. Also impressive you can get 198 or more watts (pretty much full watts) from a .118 to a .2 ohm coil. Lacks boost circuit and watt curve modes. Does have pre-heat.
Replay Mode

For me i only used SS316 as always for my reviews. Using SS wire i ran 8 builds in replay mode ranging from your standard round wire builds to fancier builds both single and dual coil. What you do is go into replay mode set an appropriate wattage and vape. When the vape reaches the temp you want it to be at you stop vaping and select save puff. Then the screen will say playing and it’ll keep the vape at that temperature. From what i can tell it appears it measures the change in resistance and locks in your ending resistance as the point it wants to maintain it at allowing you to have a smooth consistent vape.lost vape paranormal dna 250c

I’m sure it’s more complicated than that but that is the basic concept behind it and i have to say it works great. It doesn’t vape any different then if you set up TC correctly on a DNA mod but it allows for a much easier set up to get a TC vape without the hassle of dealing with profiles and setting up material types profiles. It’s basically temp control made easy and it works great so it gets 2 thumbs up from us.
Other Usage Notes

I have some pics of the resistance in the album above. Lost vape did a good job setting it up as a default. It came pre-programmed at .004 which is nice. Lots of times DNA mods aren’t programmed for that from the factory and left at 0. I used the tool myself and adjusted it correctly to .005 so they were pretty close and you really don’t need to worry about doing it yourself on this mod.lost vape paranormal dna 250c

The Paranormal DNA250C is a very nicely built mod. Feels solid and heavy in the hands similar to the therion. I only had 2 complaints on the therion. The first one was the leather felt cheap and thin on my snakeskin one and the other was the battery sled which was hard to get in and out and really chewed through battery wraps. Both of those issues have been fixed on the paranormal. The Battery door is a standard bottom loading latch. It can be a little hard to close and does have a minor gap with batteries in but not a big deal.

The paint looks nice and doesn’t scratch off, and i have no visible wear. The mod features replaceable side plates as well and comes with 2 sets. Mine came with a set of wood ones preinstalled and a spare set of black carbon fibre ones. One of my wood panels was slightly warped and wouldn’t stay in. it fell out a few times.lost vape paranormal dna 250c. That was disappointing. I swapped them out for the carbon fibre ones. They both look great in the mods and the carbon fibre ones fit perfect with no issues or falling out. They include a suction cup tool for replacing the panels.

The fire button is nice and clicky and a good size. It’s a simple round button. It works well and It never gets stuck or anything though which is as it should be. The 510 pin gave me no issues and every atomizer i used on it worked great with no gaps. It’s screwed down from the outside and a very nice 510 pin as usual with lost vape products. The mod handles 25mm atomizer flush. Anything bigger will overhang and the 510 isn’t centered. It’s just like the therion one.

The screen is a good size .9 inch rectangle color screen that is nice and bright and easy to see. Even in sunlight it’s pretty visible. Also for branding the mod itself is pretty nice overall and not heavily branded. The top has a small engraved paranormal logo with the words Paranormal and DNA 250c below it. The bottom has the designed and manufactured by lost vape. They list 2 amp balanced charging as well but i don’t recommend charging internally in your mods however DNA chips are known for having a great charging circuit.
Pros:

So with all that said, do I recommend this mod or not? I don’t like to do the hard yes or no and i know it’s a bit pricey as well but if you have the spare money or want an excellent temp control vape it’s easily a yes and one of my favorite mods of the year. If you are on a budget and don’t care about temp control it’s not going to do anything special a cheaper mod wouldn’t and you don’t need to splurge on it though. If you have the money it’s well worth the purchase.

This is Anthony Vapes just keeping it honest, hopefully you all can say the same and i’ll catch you on my next review.
Product Disclaimer lost vape paranormal dna 250c

Due to possible QC difference your experience may vary.
Reviewer Disclaimer

I’ve been doing vape reviews since late 2016 and have done around 200 reviews to date. I enjoy helping vapers on forums as well and helping contribute to the great vape community. I’m not an “out of the box” reviewer. I do my best to be thorough at all times and have enough experience with many products to tell what’s good and what’s not. All mods get tested with an oscilloscope and stress tested and results are posted in my reviews.lost vape paranormal dna 250c

Now updated with all new panels and colours and featuring the industry-leading DNA250C chipset! With all new features such as the groundbreaking Reply feature that enables you to save your ideal vape and replay it back to give you the perfect vape every time. As well as a new USB out feature to use your mod as a power bank in an emergency! The Lost Vape Paranormal is by far the most technologically advanced mod on the market and is a stunning unit sure to be the perfect mod for any vaper! 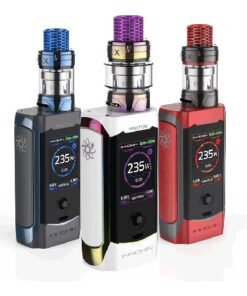 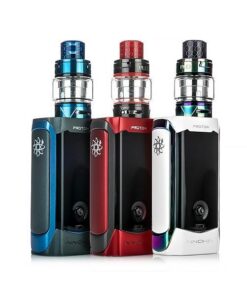 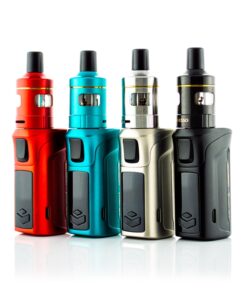 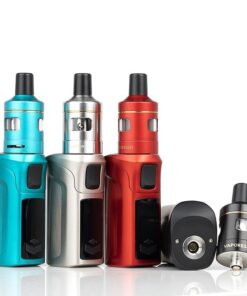 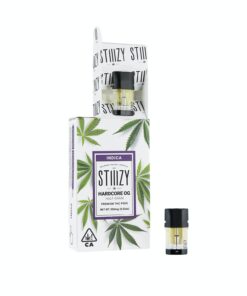 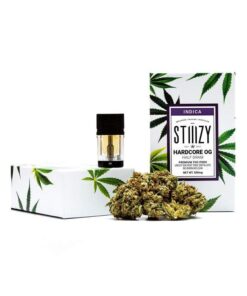 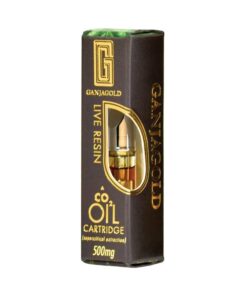 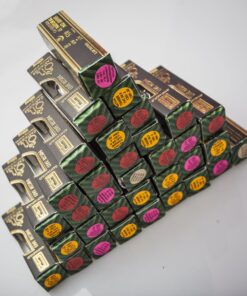 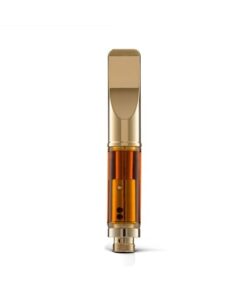 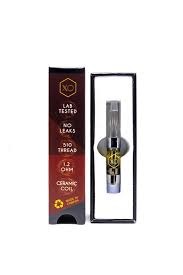 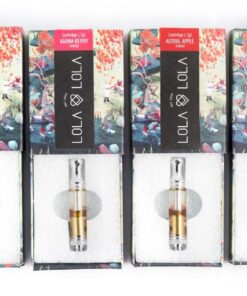 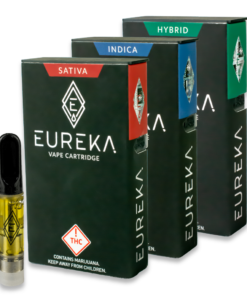 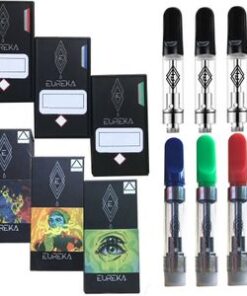 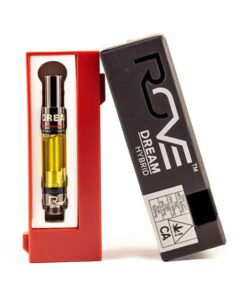 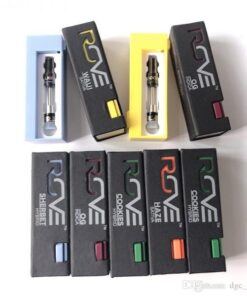